The Call To Action is too often overlooked in landing page testing!

Most landing page designs focus more on what elements are on the page than than the actual call to actions that trigger the user to take the desired route or carry out an action on site.

In landing page design several factors need considering such as those listed below. In an ideal landing page the more of these there are on the page the better the conversion, things like a prominent logo to identify who you are, contact number (in most cases), prominent contact form for lead generation programs, and a very important point number 4: A strong call to action!

This along with a compelling value proposition (number 5) are two of the most important and influential elements on the page that affect conversion and they are often the two most overlooked and under considered two pieces on a landing page!

Below are some examples of how a strong and relevant Call To Action can help boost conversion over an average one. 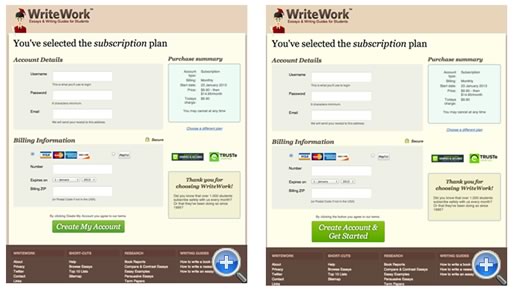 Subscriptions increased by 31% when WriteWork tested “Create Account & Get Started” over “Create My Account” call to action. It’s surprising that this worked so effectively as “Create My Account” is quite compelling, but by removing the “my” and adding “Get Started” an extra 31% in subscriptions were generated, it really pays to test wording even on busy pages like the one above!

Sometimes to increase conversion it’s wise to offer a choice, you’ll see many pricing pages that use a choice of 3-5 options so the user can pick which suits them most, or avoid which suits them least!, below is an example of how a “Free Trial” call to action placed alongside a “Buy Now” call to action actually increased sign ups without affecting sales.

By adding this “Free Trial” call to action GetResponse increased free sign up trials by over 158% with no negative impact on the number of paid accounts generated over the test period, a check on the site today showed a new variation below, keeping the same two choices very prominent : 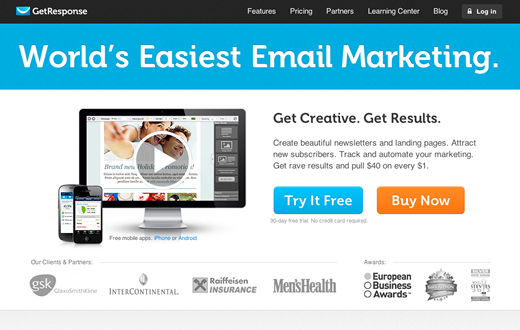 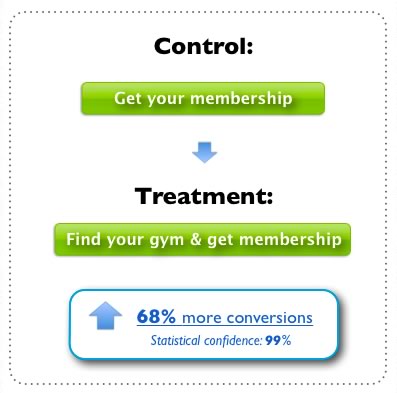 The original “Get Your Membership” is quite generic but is on target, it conveys the action you’d be expected to take, but the new one adds that little something more, The “Find Your Gym” just piqued interest or resonated with users just enough to make a positive impression and get them to click and follow through to convert, a great increase from just three more words!

You can’t afford to simply pick a call to action and stick with it without testing any further, your competitors will be testing so you need to be too, even when you get an fantastic result you should still divert a statistically significant portion of your traffic to new variations, always be testing to try and get that extra percentage of conversion!

SEO For Law Firms: How To Get The Most Out Of Organic Search
SEO is an important factor for many industries, and this is also true when it comes to law firms. With recent worldwide events impacting how so many customers find and ...
How CRO can help your Digital Marketing - A 2021 Guide
We originally wrote a smaller piece for the amazing guys at Digital Elite Hub entitled 5 ways a CRO mindset can improve your digital marketing. We enjoyed writing it so ...
How Images Can Boost Conversion Rates and Persuade Your Customers
People love images: over 300 million photos are uploaded to the internet every day. But that doesn’t mean all images are created equally, or there isn’t a subtle art to ...

Need to talk to someone?